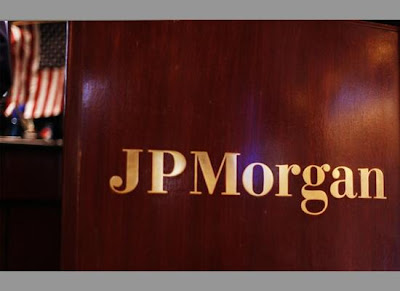 Global markets have been abuzz with speculation since reports surfaced last week that a top JP Morgan trader had built up a complex US$100bn position in a credit derivative index. But traders in London and New York say hedge funds may have leaked the purported details to recoup their losses caused by the trader – if the initial reports were accurate at all.

London-based Bruno Iksil, responsible for hedging JP Morgan’s overall market exposure worldwide, was said to have distorted global trading in a specialised credit default swap index. Traders said Iksil might have put the bank on as much as US$100bn in Series 9 of the Markit CDX North America Investment Grade Index, or CDX.IG.NA.9.

Iksil, in his role in JP Morgan’s chief investment office, is renowned for holding massive positions in the market. And the CIO often uses credit instruments to hedge tail-risk scenarios across the bank’s books. But veteran traders say it is extremely unlikely he would hold a net position that would be larger than the combined holdings in derivatives of all but six banks in the world.

“This sounds like a bunch of disgruntled hedge funds trying to take advantage of the poor liquidity in the market and force him to cut his positions,” said a senior trader at a major bank.

Certainly, any hedge fund that has bet against Iksil could have been subjected to massive losses. The five-year contract more than halved from its high of 166.85bp last October to a low of 63.49bp in March, and is due to expire in December this year. The five-year index rallied during the week to 81.71bp on Wednesday before tracking back to 70.97bp on Friday.

Sources say it would be much more likely for JP Morgan to be holding not a net but a gross position – that is, a sum total of US$100bn in aggregate bets on the index, many of which would in effect cancel each other out.

They say that amount sounds correct as a hedge for one of the biggest names in global banking, which has a balance sheet of about US$2.3trn.

“JP Morgan is a big company and therefore through its CIO it would have to take significant positions,” said one global head of credit trading at a major bank, “but nothing that would be qualified as abnormal.”

A history of mystery

JP Morgan’s Treasury and CIO had a combined investment portfolio of US$356bn at the end of 2011 – around 16% of the bank’s total assets – used to hedge risk in all forms, including changes in interest rates, foreign exchange and the risk of default.

The Series 9 is an index of the CDS of 125 constituent companies. While highly specialised, it would be one way to hedge overall market exposure at a bank like JP Morgan, whose CIO has long been enveloped with an air of mystery due to its sprawling nature and the sizes of the positions it takes.

Though dealers were reluctant to discuss Iksil’s trades on the record, because he is such an important client, almost all questioned rejected the notion that he was running large net positions.

“The CIO is a massive black box and he’s a very big trader, but that’s because JP Morgan is a massive house and he’s managing the overall risk,” one said.

“It can easily be misconstrued what the JPM CIO actually does and spun much worse than it actually is,” said another.

For its part, the bank declined to comment directly on the reports but stressed that the CIO’s task was on “hedging aggregate structural risks”.

“They are not focused on short-term profits,” bank spokesman Joseph Evangelisti said.

Furthermore, according to the bank’s financial disclosure filings, profits in the CIO business division were US$411m in 2011 – only 2% of its net income, which would not match up with the purportedly large position Iksil is holding.

As always on Wall Street, too, there is also the tricky question of pay. CIO traders are understood to be evaluated and paid on how closely they deliver the assigned offsets to positions elsewhere in the bank. In other words, as long as any trades achieve the intended hedge on the bank’s other bets, the trader would get paid the same amount whether the position made – or lost – money.

“We have a lot of high-grade credit [risk] as we lend to blue-chip companies, so we buy credit derivatives in case those credits deteriorate,” said a source at the bank.

“[In this case] we had a big hedge against credit deteriorations, and then had to take some of that off.”

Someone on Twitter asked me what my 'official position' is on hedge funds and private equity funds. I responded that the bulk of these alternative investment funds are glorified asset gatherers, collecting 2 & 20 in fees, delivering mediocre results (read my tongue-in-cheek comment on Malakia Capital Management).

And when I read about hedge funds 'leaking rumors' on JP Morgan's whale to try to recoup their losses, I laugh. Those poor hedge funds, not only are they underperforming yet again, now they're spreading rumors, biting the derivatives hand that feeds them. They're going to learn the hard way, don't mess with Greek banksters!

I know what's keeping hedge fund managers awake at night. They're petrified of a massive liquidity rally leaving them in the dust again in 2012. Most of these fund managers are not getting enough sleep these days, which is detrimental to their health (watch clip below).