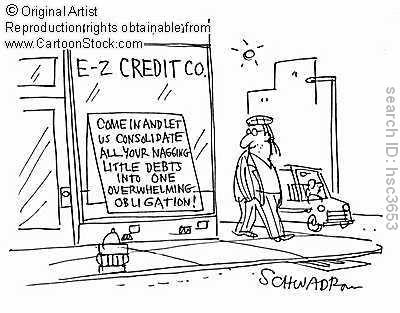 On Friday, I wrote a comment on seven truths about public employee pensions and received excellent feedback from Chis Conradi, a retired pension actuary who spent the last twenty years of his career working on governmental retirement plans, mostly at the statewide level:

In your recent blog posting, you suggest, in your sixth simple truth, the consolidation of local plans. You say:

It's simply mind-boggling to see a bunch of city and county plans that are severely underfunded, bankrupting their communities and jeopardizing vital public services. Both Congress and the Senate need to introduce a bill to consolidate all these plans and have them managed by existing or (preferably) new state public plans.

While consolidation would most probably be a good thing, it is not something that can be forced by the US Congress, due to states’ rights under the Constitution. It will be up to the various state legislatures to accomplish this, and I have a lot of evidence that it will not happen.

Some states already have one or more statewide plans for local government employees, for example: Utah, Missouri, Texas, Colorado, Virginia, North Dakota and Rhode Island. Other states have no such system, for example: Florida, Pennsylvania, Massachusetts. Despite the obvious inefficiencies of not consolidating, these two different approaches have existed side by side almost unchanged for at least thirty years.

Even in states with consolidated statewide systems covering local government pension plans, there are almost always exceptions. For example, Texas has the Texas Municipal Retirement System, larger cities are allowed to maintain their own separate plans, so we have separate plans for Dallas, Houston, Austin, El Paso, etc. Further, firefighters are excluded from this arrangement. Rhode Island, much in the news lately, has a plan for municipalities and police/fire districts, but Providence, Warwick and about 20 smaller communities maintain their own plans. Missouri K12 teachers and other K12 school employees are covered by statewide plans, except that St. Louis and Kansas City maintain their own plans for teachers and school employees. I’m only aware of a couple of isolated instances where there has been any move towards consolidation in the last thirty years: Denver being merged into Colorado PERA and Minneapolis into the Minnesota statewide plan.

I used to see the inefficiency inherent in having hundreds of separate plans, as in Florida and Pennsylvania, but I was never successful in getting this changed anywhere. There are significant issues involving equity for the individual cities, and it’s a far from trivial task. It could be done, probably most effectively by starting a new combined system for all future new hires and waiting for the older systems to age away. However, the political ramifications are significant, and I don’t see it happening.

While there are reasons for believing that a single statewide plan will usually be run better than a multitude of local plans, it isn’t always so. And in my experience, both the local plan and the local government will fight like the clichéd cats and dogs for their autonomy.

I thank Chris for sending me this feedback and he's right, local plans and governments will fight like cats and dogs to preserve their autonomy.

But what is in the best interests of plan sponsors, workers and taxpayers? Here, there is no doubt in my mind that larger, more transparent and more accountable defined-benefit plans are much better than having hundreds of smaller, dispersed plans all over the place, many of which are badly managed and chronically underfunded.

By the way, we have the same problem in Canada, you just don't hear about it because nobody pays attention to all these local plans until a crisis hits and exposes their dire state.