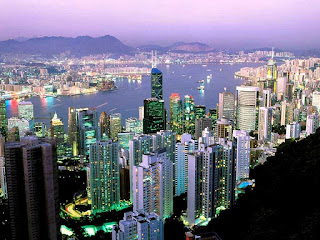 
The Ontario Teachers’ Pension Plan says it will open up an office in Hong Kong within months, as it pushes to increase their exposure to emerging markets from 15% to 20%.

Jim Leech, the chief executive of the largest-single profession pension plan in Canada, says the plan on Tuesday received notification that it received the appropriate licensing to open an office in Hong Kong to cover Asia.

“We will be opening up a Hong Kong office in the next couple of months, with some feet on the street there,” he said in remarks at Bloomberg’s Canada Economic Summit Tuesday. “And I think that signals what we’re doing. Most projections show something like 70 to 80% of world trade are going to be intra-Asian trade, and that’s where wealth is going to be created, and that’s where we’ve got to be to be able to take advantage of it.”

But as more teachers retire and the number of teachers in the workforce dwindle, the plan is facing a demographic crunch and is becoming more risk-averse in its investments, said Mr. Leech.

There are 1.4 working teachers for every retired teacher — more than 2,900 of which are over the age of 90, he added.

As such, they have shifted their exposure to equities from 65% about 15 years ago to about 45% range today.

“We’ve just slowly been dialing it back, simply because we can’t afford the volatility,” said Mr. Leech.

In turn, it has shifted towards investments in infrastructure, real estate and emerging markets.

The plan’s view is Europe, as an investment market, has been “dead for a long time,” he said. And in the U.S., while there has been anecdotal evidence of a renaissance, Mr. Leech does not anticipate big growth.

“So, maybe we can get a couple points, 2.5 points growth out of the U.S., over a longer period of time, so that really just leaves you with the emerging markets,” he said.

"I am pleased to confirm that our Asia subsidiary and its proposed responsible officers have received formal approval for these licences," said Jim Leech, President and Chief Executive Officer of Canadian-based parent Ontario Teachers' Pension Plan (Teachers'). "Asia has long been a region of interest to Teachers'. We look forward to continuing to build relationships with local partners and exploring new direct, co-investment and fund investment opportunities in the market."

Ontario Teachers' isn't the only (or the first) large Canadian fund opening up an office in Hong Kong. If you refer to the interview with Mark Wiseman, CPPIB's president and CEO, at the end of my comment on CPPIB's FY 2013 results, you will see the first foreign office they opened was in Hong Kong, not New York or London.

Does it make sense for these large funds to open offices in Asia and elsewhere? Yes and no. They can easily invest in large public and private market funds that already have offices in Asia but the truth is there are advantages to having eyes and ears on the ground to explore all opportunities in direct, co-investment and fund investments, as well as cultivate relationships with large Asian pension and sovereign wealth funds in the region.

As far as dialing back risk to deal with their demographic crunch, Teachers' has been shifting out of public equities into real estate, private equity and infrastructure over the last 15 years to dampen volatility but it also recently announced it is absorbing more investment risk. And while investing in emerging markets is volatile, there is no question that over the long-term this region will grow while the developed world struggles with low growth and high debt.

Finally, there was another article that caught my attention. Barry Critchley of the National Post reports that debt financing by pension funds is a steadily growing business:


One day after OPB Finance Trust raised $250-million of nine year debt at 2.90%, more information has emerged about the borrowings by some of the country’s leading public sector pension funds. For instance:

— According to FTSE TMX Global Debt Capital Markets Inc. the entity that manages and publishes the country’s debt indexes, debt issues from five public sector funds have found a home in the all government index.

In an early 2013 ratings report by Moody’s Investor Services, it was stated that PSP Capital, a wholly owned subsidiary of the Public Sector Pension Investment Board (PSPIB). PSPIB “uses this subsidiary to add a moderate degree of leverage to increase the return of its investment portfolio by issuing medium term notes and commercial paper.”

You might wonder why large Canadian pension funds are engaging in debt financing but if the conditions are right to issue debt and they have the AAA balance sheet to borrow cheaply, why not borrow to fund investments? The increase in leverage is moderate and hardly something to be concerned about.