Pension Lessons From Down Under? 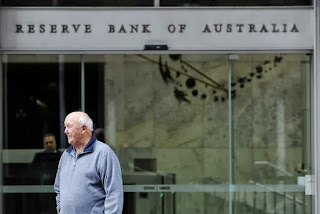 The Wall Street Journal reports, Pension Lessons From Down Under:


America's municipal finance woes are well known, especially unfunded pension liabilities. For a lesson in how to fix the mess, the Yanks could do worse than get a plane ticket to Australia.

That's the lesson in a recent Moody's report that shows how Australia's state governments are reaping the rewards of reforms that began 15 years ago. Starting in the 1990s, they enrolled new employees in defined-contribution plans. As a result, although the old defined-benefit plans still exist for older employees, the states' unfunded liabilities are smaller and more manageable—something for Americans to envy.

Australia can thank several factors for its good fortune. In the early 1990s, most states were suffering some degree of fiscal strain, in a few cases due to collapsed state-owned enterprises. That decade also saw the introduction of accrual accounting for Australian government entities, a method that forces the earlier recognition of future liabilities. This transparency highlighted the looming cost of overly generous pensions.

External pressure played a role. In 1990, credit-rating firms started evaluating state creditworthiness separately from that of the commonwealth government in Canberra. As a result, state government officials risked significant increases in borrowing costs if they didn't bring their pension plans under control.

Another factor will sound familiar to Americans. In the 1980s Canberra established a compulsory national defined-contribution pension system for most Australians (similar to the 401(k) plans common in U.S. private companies). Voters started to ask why civil servants deserved defined-benefit pensions when everyone else was on the defined-contribution model.

Although reform was controversial, state governments eventually followed through, some faster than others. They are not entirely clear of trouble. As Moody's notes, the unfunded liabilities of the old defined-benefit plans continue to grow as actuaries adjust life expectancies, expected rates of return and other parameters.

But those payouts will eventually start shrinking since no new employees are joining the defined-benefit plans. That fact offers some fiscal breathing room even to Tasmania, the state with the largest unfunded pension liability at 165% of annual revenue.

Reform has brought benefits for government employees, too. As Detroit's stressed-out cops and firefighters could tell you, a generous pension is not so great when you'll have to get in line with other creditors to collect it. The beneficiaries of Australia's defined-contribution plans aren't hostage to future fiscal meltdowns.

Australia is only one example of pension reform done right. If bondholders and taxpayers start demanding greater fiscal responsibility from Chicago, Denver and Los Angeles, conditions could be right for a repeat in America.

Should the U.S. follow Australia and scrap defined-benefit plans to replace them with defined-contribution plans? According to the WSJ, yes, this is the answer to America's fiscal woes.

But this is a terrible article peddling the usual shortsighted advice. It completely ignores the fact that defined-benefit plans are way better at covering and securing the retirement needs of millions of Americans, most of whom have not recovered from their 401(k) nightmare and are now facing the dire prospect of pension poverty and having to work till they die (if they are lucky enough to find work).

Apart from promoting more myths on public pensions, the article fails to mention that Australia's retirement system is far from perfect. In fact, if you look at the latest statistics on poverty, it's a miserable failure:


Among senior citizens, the problem is even more severe. An estimated 40 percent of Australian seniors live in poverty. This figure is especially alarming when compared to the country with the least amount of senior poverty, the Netherlands, where only 1.7 percent of senior citizens live below the poverty line.

And why does the Netherlands have the least amount of senior poverty? A major reason is they long ago established one of the best retirement systems in the world centered around defined-benefits plans. But even there, problems are emerging as they struggle with some of the toughest funding laws in the world.

Still, I don't question the superiority of the Dutch retirement system. They are years ahead of most other countries in terms of providing adequate retirement income to a large portion of their population. Their DB plans are the envy of the world, and with good reason.

The biggest problem with the WSJ article is that it ignores facts and promotes more myths on public pensions. Go back to read my comment on the case for boosting DB plans and a more recent comment on Canada's two-tier retirement system. DB plans are far superior to DC plans and bolstering them for all citizens will not only improve America's retirement system, it will increase productivity and lower long-term debt costs (yes, lower!) as long as the terms and governance are right.

Finally, Lauren Foster of the CFA Institute examines the debate over a mandatory retirement savings for employees in the United States. To explore some of the issues surrounding the retirement crisis, CFA Institute is hosting a Future of Finance forum on whether retirement savings should be mandatory for employees. The discussion will take place on this blog from 9–11 October 2013 and their distinguished panelists include Meir Statman; Teresa Ghilarducci; Stuart Leckie; Richard Brandweiner, CFA; and Jacco Heemskerk, CFA.

Below, Australia's Ambassador to the U.S. Kim Beazley discusses how residents contribute into pension plan funds of their choosing. There are good things in Australia's system worth looking at but the most important pension lessons for the United States are not to be found down under but in the Netherlands, Denmark, Sweden and Canada.

Postscript: Read a follow-up comment on more pension lessons from Down Under.