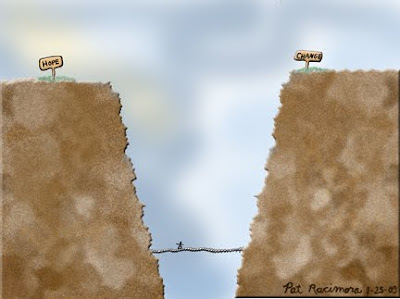 Kevin Gaudet, federal director of the Canadian Taxpayers Federation, writes on the growing pension divide - public workers, and the rest of us:

There is a growing pension divide in Canada. On one side of the divide are those who enjoy generous pensions. On the other side are those who pay for them. Closing this gap is an important project that government needs to undertake.

It is no surprise, therefore, that there is a growing frustration felt by private-sector workers who must work longer and pay high taxes longer to provide for public- sector workers who work shorter careers and receive significantly better benefits in retirement.

Defined-contribution plans have employees and employers each contributing to an employee's fund that grows over time and is drawn on in retirement. This type of plan does not create a liability for either the employee or employer since it is limited to what each fund earns over time.

A defined-benefit plan, on the other hand, guarantees annual payments in retirement upward of 60 to 70 per cent of previous salary, paid for life, and indexed to inflation. It's easy to see how shortfalls are created in this situation: The company or government is responsible for the difference between the income generated by pension contributions and the required payments, .

Recently, taxpayers also have had to pick up the tab for unfunded liabilities of private-sector plans as well. Billions of dollars have gone to GM and Nortel pensions.

Finance ministers, led by Finance Minister Flaherty, are now undertaking a national consultation with the aim of reforming Canada's retirement system. Reforms should include ending the gold-plated MP pension plan, replacing it with a defined-contribution plan like those in place for politicians in Alberta and Ontario.

While they are at it, the committee should end Old Age Security and Guaranteed Income Supplement benefits for incarcerated prisoners like Clifford Olson. But the heavy lifting though will come through reducing the size and cost of retirement benefits for public-sector employees.

Government must wean the public sector off of guaranteed pensions and move toward defined-contribution plans. Contribution rates will have to climb, retirement entitlements will have to fall. Some changes will have to be grandfathered. The longer they wait the more expensive it will get.

I have written on pensions apartheid before, and I agree with Mr. Gaudet that you can't have safe, defined-benefit (DB) plans for the public sector while private sector employees work more years and struggle to save up enough to have a half decent retirement. This will inevitably lead to a backlash when taxpayers realize they're subsidizing underfunded public plans.

Nevertheless, I disagree with Mr. Gaudet's solution to the retirement problem. Citing fishy figures from the C.D. Howe Institute - a well known conservative think tank in Canada - he claims that the only solution is to force MPs and public sector workers over to defined-contribution (DC) plans. This is the "private sector" solution, which is no solution at all.

I bet Mr. Gaudet that if the Canadian Taxpayers Federation and the Canadian Federation of Independent Business surveyed self-employed workers and small and medium sized businesses on whether they prefer to be part of a defined-benefit plan over a defined-contribution plan, the overwhelming majority would opt for the safety and security of a DB plan.

But how can we afford DB plans now that we are entering an era of fiscal constraints? There are plenty of answers to this question, but we all need to sit down like adults and discuss all the options on the table. Everyone has to concede something to make this work - unions, workers, the government, taxpayers, insurance companies, pension consultants, and public pension funds.

There are no guarantees that DB plans - even with world leading governance standards - will never be underfunded. But if I had a choice, and if I was designing a system that will address the the long-term health of our pension system, I know where I would be focusing my attention.

I agree with John Crocker, HOOPP's President & CEO, who recently called on all governments to take action to get the rules right, and to take leadership in forming new sectoral plans. Without corrective action now, he warns, the risk of elder poverty will grow as the baby boomers retire.