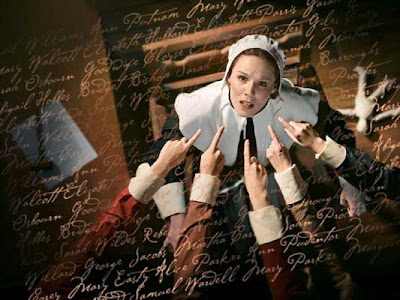 Jim Bianco was on Yahoo Tech Ticker on Tuesday saying that SEC "Witch Hunts" Could "Hurt the Economy in the Long Run":

The party may have just ended on Wall Street. Stellar earnings from Bank of America, JP Morgan, Citigroup and Goldman Sachs are all being overshadowed by the SEC's fraud charges against Goldman.

Did the SEC just take away Wall Street’s punch bowl with this suit?

"They might have," says Jim Bianco, President of Bianco Research in Chicago.

"The structured CDO business is basically dead" but there were $40 to $50 billion of deals like this per quarter in 2007 and 2008, Bianco says, noting Goldman was just one of many banks active in the market.

If the SEC wins the Goldman case, "this would have far-reaching effects," he says. "I think they're setting a precedent for many other CDO cases and many, many other fines. Not just at Goldman but basically at all investment houses."

If the SEC makes CDOs the scapegoat for the collapse of the housing market, Bianco estimates the damages could cost Wall Street $50 to $75 billion in damages.

The bigger concern, Bianco says, is the case could freeze the securitization market, which he fears would further prevent banks from lending. "By going through these kind of witch hunts we’re just telling investors 'don’t have anything to do with this market' and it could hurt the economy in the long run."

You can watch the interview below:

Jim Bianco is one of the smartest guys I ever met during my pension fund days. I loved reading his research and I still remember when I first brought him to the Caisse back in 2000 for one of our strategic off-sites. Jim delivered a phenomenal presentation which really impressed all the senior managers.

Nevertheless, while I admire Jim's insight, I think he's wrong. He's placing way too much emphasis on the "need for securitization". Banks aren't going to dampen lending because of the absence of securitization. Banks have no incentive to lend because they're making a killing trading in their capital market operations.

And there is no "end to risk appetite". Jim should plot the chart of total hedge fund assets and the S&P 500. Importantly, there is plenty of liquidity in the financial system to drive risk assets even higher. Everyone - banks, hedge funds, pension funds, insurance funds, endowment funds, private equity funds - has vested interests to see risk assets go even higher.

The other reason why I disagree with Jim is that fraud is fraud. The SEC's so-called "witch hunts" won't affect straightforward securitization, but it will affect fraudulent or sketchy securitization. I say good riddance to super complicated structures, especially ones based on dishonest disclosure.

And it's not just the SEC who is concerned. The California Public Employees' Retirement System, which owns 1.8 million Goldman shares, said it was "disturbed" about a federal lawsuit and it also said it intended to question company executives at an upcoming meeting to discuss the way they operate.

CalPERS should ask the executives of other investment banks the same tough questions because while it's popular to scold Goldman, the truth is all the Wall Street sleazebags were engaging in equally fraudulent activities.

But what will happen to the financial sector if these "witch hunts" continue? Who cares? I hope the financial sector goes through a long-term secular bear market. We need less financial engineers, and more electrical, mechanical, chemical and software engineers. We need less complicated structured products, more transparency and new sectors should take the lead in the economy. In other words, enough of the tyranny of high finance.

Let the witch hunts continue. Besides, it's just another circus show and ultimately nothing will change on Wall Street. The sleazebags will concoct new ways to satisfy their insatiable greed.