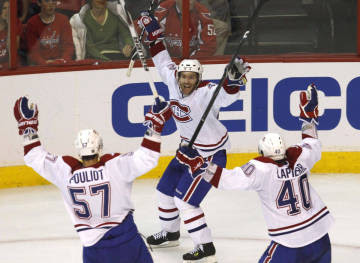 European pension funds hired more fund managers in 2009 than in the previous year to take advantage of bargains in crisis-hit asset classes, a study by Mercer said on Tuesday.

Pension schemes in Europe and around the world are moving towards a broader investment strategy, which involves allocations to alternative assets such as property and hedge funds aside from traditional areas such as equity and bonds.

The crisis accelerated this trend, allowing investors the opportunity to buy new assets at lower costs.

The asset class that benefitted most according to the Mercer study was global fixed income, where manager searches rocketed to 45 from two in 2008.

"For both corporate bonds and real estate, an element of pent-up demand was realised in 2009 as many investors had been waiting for more realistic prices before committing new money," said Andy Barber, global head of manager research at Mercer.

Mercer said pension funds in the UK will invest more in the future in higher yielding products as the continued search for returns prompt them to venture away from mainstream markets.

Real estate manager searches grew four-fold to 28 and global equity to 57 from 48 in 2008. Assets invested in global equity nearly doubled to $13.9 billion, while the mandate size awarded in 2009 in the UK was just under $42 billion from $26.1 billion the previous year.

"Looking forward, we expect a growing interest in liability driven investment (LDI) as defined benefit pension clients seek to manage their assets with closer reference to their liabilities," said Barber.

Mercer said that mandate searches in continental Europe increased in 2009 to 126 from 93, although the assets invested fell to $10 billion from $13.4 billion.

"Although there are regional variations (globally), we do sense a greater investor appetite for taking advantage of dislocation and low valuations than in previous market downturns," said Barber.

Stock market listed Candover, which has been slashing costs in the face of a cash shortage, is in talks with Aimco about a deal at a price no higher than its last reported net asset value of £10.38 per share.

A deal with Candover would give Aimco exposure to most of the private equity group's portfolio, as well as the management team in its general partnership – who in recent months have been at the centre of speculation about Candover's future.

Shares in Candover, which did not name Aimco when it confirmed the approach after the market closed, closed at 739p, valuing the business at £161m.

A one time darling of the private equity sector, Candover, whose investments include Spanish theme park operator Parques Reunidos and Belgium nappy maker Ontex, was one of the financial crisis's biggest victims. In January its affiliate company Candover Partners pulled its €3bn (£2.6bn) fund after Candover Investments failed to meet its own €1bn commitment.

Aimco has about $70bn of assets and would be the latest Canadian pension fund to make an aggressive move on the UK market.

People familiar with the situation have said the dealmaking team at Candover, which has been cut from more than 100 people to about 40, is still aiming to raise a fresh funds for new deals

The Aimco-Candover deal makes sense, adding the expertise internally, but it's far from being a sure thing. In particular, Candover has been struggling to raise cash, but now that Aimco is backing them up, they might find their footing again. What remains to be seen is whether this deal will add value over the long-term. Unlike the Habs, I'm not convinced that private equity is going to stage a serious comeback.