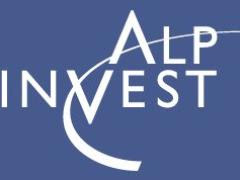 AlpInvest Partners, Europe's largest private-equity investor, has been sold to Carlyle Group and the AlpInvest management in a move that looks set to shake up Europe's buyout landscape.

Carlyle and AlpInvest have entered into a joint venture that separates the investor from its Dutch pension-fund owners, APG and PGGM, the parties said Wednesday. A purchase price wasn't disclosed.

The sale gives the pension-fund managers more room to invest their clients' money in private-equity funds other than AlpInvest, PGGM Chief Executive Martin van Rijn said. "We have multiple clients, and a sale of AlpInvest gives us the opportunity to provide our clients with various choices to invest in private equity," he said.

PGGM and APG control the money of two of the Netherlands' largest pension funds. They have committed an additional €10 billion ($13.68 billion) in funds as part of the deal, Mr. van Rijn said.

"APG has committed around €7 billion, while PGGM granted an additional €3 billion in investment mandates," he said. The funds will be granted in the period from 2011 through 2015.

AlpInvest manages €32.3 billion in funds, mainly on behalf of APG and PGGM.

The transaction, which is subject to regulatory approval, is expected to close in March.

"Carlyle is a strong, long-term partner for AlpInvest. This is critical given the €32 billion in commitments we already manage today on our investors' behalf," said AlpInvest Chief Executive Volkert Doeksen, adding that Carlyle's global network and respected brand will help AlpInvest broaden its investor base and product scope.

With about €265 billion of assets under management, APG is one of the world's largest pension-asset managers. PGGM manages more than €100 billion of pension assets on behalf of some 2.3 million participants.

The AlpInvest board will comprise equal numbers of members from Carlyle and AlpInvest's management. It will be chaired by Mr. Doeksen and will include AlpInvest members Paul de Klerk and Tjarko Hektor.

Some observers have questioned whether conflicts could be an issue for the joint venture as AlpInvest has access to a large amount of information on Carlyle's rivals.

However, the firms said they have taken specific measures to ensure sensitive information won't be shared. The firms have put in place a firewall that will mean Carlyle executives will avoid having access to sensitive information on firms, funds and specific deals. It means the Carlyle executives sitting on AlpInvest's board will need to ensure the conversation is kept to macro issues.

AlpInvest has also agreed not to invest in Carlyle's future funds. This effectively removes any problems that could arise if disagreements arose between the firm and the investor on performance, strategy, commitment defaults and a host of other areas.

Carlyle has already contacted many of its rivals to gauge their reaction to such a move, according to one source close to the process, and the rivals were happy as long as the above safeguards were in place.

Other mooted bidders for the operation had included U.S. fund of funds HarbourVest Partners and U.S. fund of hedge funds Grosvenor Capital Management.

Martin Arnold of the FT reports that Mr Rubenstein predicted that rival groups would follow Carlyle’s move into the fund-of-funds industry, adding that Goldman Sachs had shown how to invest both directly in deals and in rival funds without difficulty:

“Just as Goldman Sachs runs a secondaries private equity fund as well as a direct principal investment business, we are doing the same thing, and there has never been a problem there,” Mr Rubenstein told the Financial Times.

To address any conflict of interest fears, he said AlpInvest would be banned from investing in future Carlyle funds and from sharing any information with its new parent that is provided by the other funds it backs.

The deal, valuing AlpInvest at several hundred million dollars, cements Carlyle’s position as the world’s biggest private equity group by assets under management. Before the deal it managed $97.7bn of assets in 76 different funds.

AlpInvest, which invests on behalf of millions of Dutch civil servants, teachers and healthcare workers, has secured a commitment from APG and PGGM to grant it €10bn of further investment mandates over the next five years.

AlpInvest’s managers, led by chief executive Volkert Doeksen, are investing their own money to take a 40 per cent stake. The managers will split voting rights 50:50 with Carlyle.

No Carlyle executives will sit on its investment committees.

PGGM and APG decided to sell AlpInvest last year after public criticism in the Netherlands over the high pay packages received by some of its top executives.

AlpInvest paid €32.6m in salaries and wages to its 118 staff in 2009, of which 71 were investment professionals, after making €60m of revenues from management fees and carried interest – a share of profits.

Carlyle has been expanding its product offering and last year it bought a 55 per cent stake in Claren Road Asset Management, a $4.5bn hedge fund.

The Washington-based group – which once employed George H W Bush, the former US president, and the former British prime minister John Major as advisers – is expected to go public as early as this year, provided market conditions improve.

APG and PGGM were advised on the deal by Credit Suisse and Catalyst Advisors.

So what to make of this deal? In general, I'm not a big fan of hedge fund of funds or private equity fund of funds. Double layer fees chew up a lot of returns. Of course, AlpInvest is one of the better managed fund of funds in Europe. Carlyle is expanding its global presence to cash in when it goes public later this year. Does this mean private equity is about to peak? Not necessarily but they're obviously trying to time the markets right once they go public. If all goes smoothly, Carlyle executives will make a mint off the public offering. What remains to be seen is how well AlpInvest and Carlyle investors fare in the future.

AlpInvest will enable Carlyle to go public, and thereafter I bet will merge with Blackstone or some such, creating a mega private equity/hedge fund firm. The private equity asset class will roar ahead unabated based on the publicity and related hopes and dreams of institutions, and all this will come to a reckoning in 2013/14 or so (when the wall of debt refinancing comes home to roost). Then the slow, grinding diminution of an overdone industry will unfold for the decade thereafter. Handfulls of firms and institutions will end up with positive IRR for the full length of their programs.

Mercer has already promoted PE going forward as having expected returns less than public markets. They are not wrong.