UK's DB Plans Back in Black? 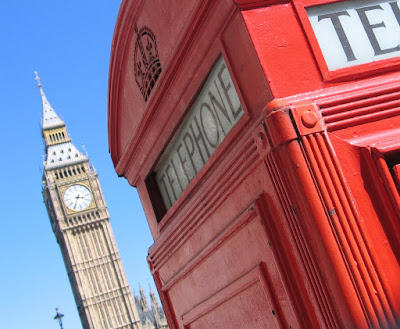 The country's 6,560 defined benefit schemes, including final salary pensions, collectively had a £21.7 billion surplus at the end of December, according to pensions safety net the Pension Protection Fund.

The funding position was a considerable improvement on the £1 billion deficit at the end of November, while it was also up on the £6.6 billion surplus in December 2009.

The change was driven by a strong performance from global stock markets during the month, with the FTSE All-Share Index rising by 7%, contributing to a 3.4% rise in the value of pension schemes' assets.

This gain was enough to offset a 1% increase in the liabilities pension schemes face due to a fall in index-linked gilts during the month.

But despite the overall improvement, 60% of defined benefit pension schemes still have a funding shortfall, with a collective deficit of £61 billion.

Defined-benefit pensions have become increasingly expensive to offer in recent years in the face of investment volatility and increased life expectancy.

The majority of companies have closed the schemes to new members, with many shutting them to existing ones as well.

They are being replaced with less generous defined contribution schemes, under which the individual shoulders all of the risk of investment volatility and increased life expectancy.

Russell Investments has warned pension funds that lack of good governance on their part can lead to a loss of return.

The asset manager said the ever-growing problem of underfunding, as well the increasing number of sources of risk, posed problems for schemes.

Sorca Kelly-Scholte, managing director of consulting and advisory services, said: "If governance structures are to match the investment ambitions of a pension fund, funds first need to be able to review their existing decision-making structure from an informed standpoint.

"Poor governance can cost pension funds up to 3% per annum. Our research has shown a clear 'confidence bias' amongst pension funds about their current decision-making processes."

Kelly-Scholte said 86% of respondents felt their current decision-making structure was effective, "despite evidence of non-conformity with agreed principles of best practice".

Meanwhile, schemes in the Pension Protection Fund (PPF) index closed the year with a surplus of £21.7bn, an improvement from its £1bn deficit in November.

While aggregate liabilities rose by £9bn between November and December, overall assets increased by more than £30bn.

Funding ratios across all 6,500 schemes also rose to 102.3%, despite the majority of schemes still being in deficit and only 40% being fully funded.

However, compared with the previous month, almost 250 fewer schemes are in deficit.

As far as UK and global pension plans, all seems stable for the time being, but that can shift abruptly. Bloomberg reports that Luigi Buttiglione, head of global strategy at Brevan Howard, Europe’s biggest hedge-fund firm, said the greatest risk to global economic growth would be the failure of European Union leaders to tackle the sovereign-debt crisis:

The cost of insuring European sovereign debt has climbed to a record on concern backstopping the region’s banks will overwhelm government finances.

“The only hope, if there is real risk of getting out of hand, is to be ahead of the curve and try to surprise” the markets, Buttiglione told a conference at the headquarters of asset management firm Notz Stucki & Cie. “The alternative could be a disorderly one in which the market forces you to do something and the consequences could be unpredictable.”

The European Commission said last month that Europe’s financial aid funds for distressed governments will sell bonds to raise as much as 34.1 billion euros for Ireland in 2011 and 14.9 billion euros in 2012.

As I stated before, I strongly doubt European leaders and the ECB will sit idly by and watch the euro zone sink. However, the environment in Europe is ripe for policy blunders. If they don't tackle the sovereign debt crisis, markets will react and pension funds around the world will slip back into the red.