All Aboard BCI's Gravy Train?


BC Investment Management Corporation (BCI), the public pension fund manager in this province increased compensation costs by 30% per dollar of funds managed in fiscal year 2017-2018. It already paid extravagant salaries before this latest fiscal year.

Remuneration of the five highest paid executives increased almost 16% in FY 2018. Remuneration of that group averaged $1.91 million per year, an increase of 184% since 2011. Inflation in the period was 11.5%.

In recent times, benefits provided to retired pensioners have been reduced, supposedly because returns on investments were insufficient to maintain them at prior levels. 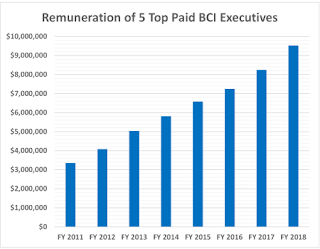 Compare to Washington State Investment Board (WSIB), an agency that does similar functions: 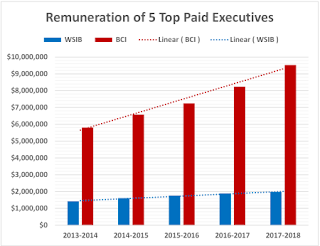 Before you suppose that WSIB is an inferior organization, be aware that it manages C$170 billion in assets and its last reported annualized return was 17%.

Assets under management at BCI were C$145 billion as of March 2018 and the corporation reports its return for the year was 9%.

Unfortunately, salary comparisons continue down the line from the top executives. BCI has more people earning over $1 million annually than WSIB has earning over $320,000. BCI’s total salary costs were $118 million; at WSIB, the total was $12 million. 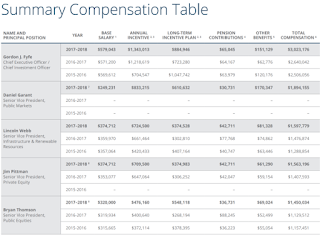 Examples of renumeration at BCI: 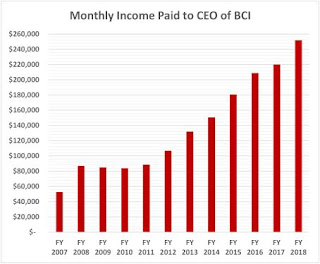 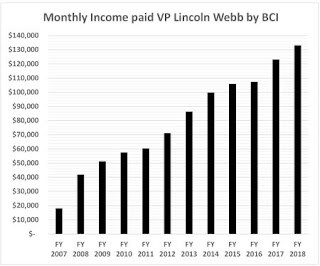 A friend of mine sent me this comment stating: "Norm Farrell is a bitter old man but people read him. Gordon may want to pay attention because he will become a big thorn by his side."

I read this comment and quite frankly, I wasn't impressed. It's sloppy, really sloppy reporting which compares apples to oranges and even makes false assertions.

For example, Farrell states: "Before you suppose that WSIB is an inferior organization, be aware that it manages C$170 billion in assets and its last reported annualized return was 17%."

I went to look at the historical performance of WSIB's Commingled Trust Fund which is available here and saw different figures (click on image):

WSIB's latest performance is below the 9% gain BCI registered in fiscal 2018 and this is only one year.

Typically when one compares the performance of two pensions, they should look at five, ten and twenty year returns, not that I'm a big fan of such comparisons because different pensions have different liabilities and their asset allocation differs from one to the other.

There is a reason why Canada's large pensions are in great shape. They pay very competitive compensation to attract and retain talent to manage assets internally. The long-term results justify this compensation as they need to pay for specific skill sets or risk losing out to private sector funds.

In other words, BCI's compensation has significantly improved since Gordon Fyfe took over the helm but I would argue that organization is playing catch-up to the rest of Canada's large public pensions when it comes to competitive compensation.

And there is nothing wrong with WSIB, CalPERS or CalSTRS and many other US public pensions but the truth is they're not managing as much money internally across public and private assets and they are all subjected to undue political interference because the governance is all wrong (some public pension fund managers in the US are grossly underpaid for the work they do).

Farrell clearly has an ax to grind with BCI just like he did with BC Hydro's Site C project before people started exposing him.


When thinking about #SiteC, the hydro project BC doesn't need and can't afford, remember that if you threw $1 million from a bridge every morning, it would take almost 30 years to rid yourself of $10.7 billion. #bcpoli
— Norm Farrell, SD44 Board Candidate (@Norm_Farrell) August 7, 2018

And unfortunately, people read this guy and he influences public opinion in British Columbia, which is a shame because he's clueless and very sloppy in the way he reports the facts.

Let me end this brief comment by showing you the latest executive compensation from some of Canada's large public pensions (click on images): 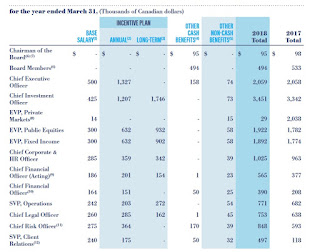 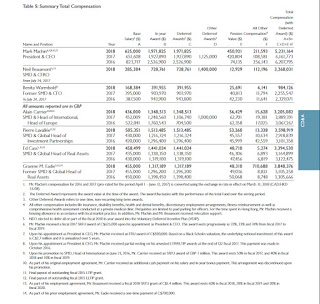 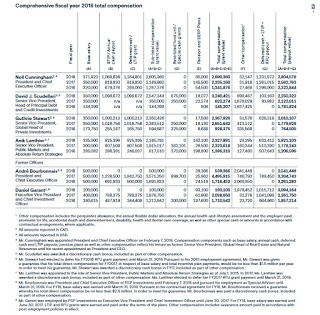 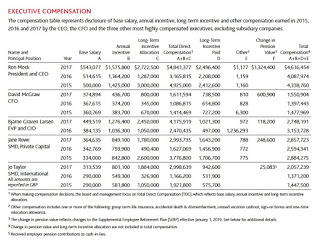 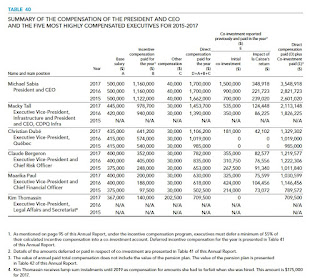 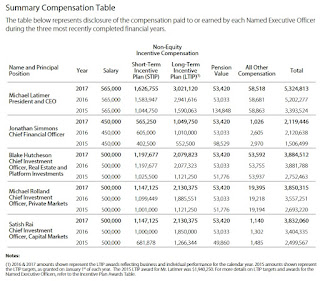 I think it's really important to compare apples to apples and even here, it's not a perfect comparison for a lot of reasons. Most of these plans that pay higher executive compensation than BCI have a more developed private markets program where they're generating excess long-term returns.

Still, it's important to understand why Canada's large pensions dole out big compensation to their executives and how this strategy is infinitely better than what they are doing in the US.

If you want your public pension to outperform over the long run, you need to pay your staff properly and stop treating them like civil servants.

By the way, most of you should know how much the average Wall Street banker makes at each stage of their career. Get informed because it is a competitive market out there (click on image): 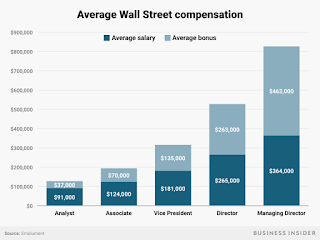 Below, Professor Ulf Axelson argues that high pay levels in finance may be necessary to prevent misconduct, even if the lucky few landing these jobs are no more skilled or deserving than others.

I don't agree with everything he says but listen to his claims, some are very interesting, and he's right, there's no better alternative and inequality will continue given this governance structure will persist.