A Lesson in Liquidity? 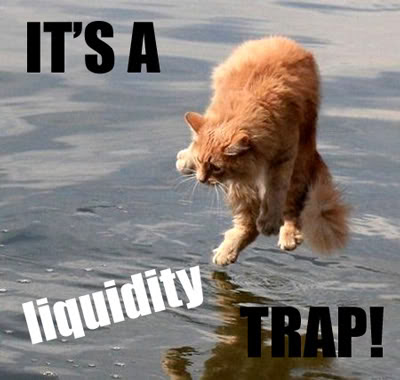 I want to follow-up on my last post on Harvard's mea culpa. Last week, James B. Stewart reported in the WSJ that Ivy League Schools Learn a Lesson in Liquidity:

Just a year ago, in the midst of the subprime meltdown, many of the nation's top universities and colleges were reporting significant gains. This year, the University of Pennsylvania is being hailed for Ivy League-leading results—with a decline of 15.7% for its fiscal year ended in June.

Results from other schools are still trickling in, but Harvard University has said it is expecting to report a drop of 30%, and Yale University about 25%. Considering the size of these endowments, these are staggering losses in absolute terms—many billions in the case of both Harvard and Yale.

Students soon will be heading back to larger classes, curtailed extracurricular activities and cheaper dining-hall fare. But the results are also of more than academic interest to investors like me, who have to some degree modeled their portfolios on the diversified asset-allocation model pioneered by Yale's chief investment officer, David Swensen. What I refer to as the Ivy League approach for individuals calls for diversification along similar lines as the large university endowments—equities (domestic and foreign), fixed income, and real assets (which includes commodities and real estate), but with a much higher allocation to so-called nontraditional asset categories: emerging-market equities and debt, energy and commodities. Yale allocated just 10% to U.S. equities and 4% to fixed income, with 15% in foreign equities and 29% in so-called real assets as of June 30, 2008.

The major difference is that most individual investors didn't qualify or otherwise couldn't invest in the hedge funds and private equity and venture-capital partnerships that make up a large part of university endowments. At Yale, 25% of the endowment was in what the university calls "absolute return," mostly hedge funds, and 20% was in private equity.

The irony is that turned out to be a huge advantage for individual investors this past year, when, in the midst of unprecedented market turmoil, many endowment managers learned the true meaning of "illiquid." The exits for most private equity and venture-capital funds slammed shut. Existing positions yielded no cash flow even as investment partnerships made new demands for funding. Many investors were forced to sell their liquid investments into weak markets to fund cash needs and to meet prior commitments to investment funds. Asset allocations went wildly out of balance, overweighted to illiquid partnerships as the value of equities plunged. It's a wonder that last year's results weren't even worse.

Liquidity turned out to be the Achilles' heel of the Ivy League model. But what about its core premise—diversification? True, nearly every asset category declined at some point in 2008, even those that were supposed to be uncorrelated, like equities and high-quality corporate bonds.

But for individuals who followed a diversification strategy—and who weren't forced to sell anything at distressed prices—those values have rebounded sharply, with many of the nontraditional categories, such as emerging-market equities and commodities, outperforming U.S. stock indexes. By sticking to liquid alternatives to private partnerships—such as mutual funds, exchange-traded funds, and real-estate investment trusts and publicly traded stocks and bonds—individual investors should have done far better than even the University of Pennsylvania.

Penn, too, found itself in quite a few illiquid partnerships. But it notched its league-beating return with some old-fashioned market timing. Chief Investment Officer Kristin Gilbertson recently told The Wall Street Journal that in early 2008 she started reducing the portion of the endowment in public equities to 43% from 53% and put about 15% in Treasurys. It turned out to be a shrewd move, and by endowment standards, which rarely stray from predetermined asset allocations, a bold one. The highly liquid Treasurys were one of the few assets to hold their value over the period and also enabled the university to meet capital calls from private-equity firms.

Market timing can be difficult, but I suspect some degree of it will increasingly be worked into endowment-allocation models. It will probably take years for the lessons of 2008 to be absorbed. But you can be sure that liquidity will gain new respect.

I think that in the environment we are heading in, there will be a premium placed on liquidity. Long gone are the days where you tie up your money for ten years in private equity or accept lock-ups of three years with some hedge fund (some are stupid enough to do this).

Investors are thinking long and hard about their liquidity needs as their pension plans mature. Some pension funds are eying commercial property, but the majority are standing pat. Mr. Gilbertson's shrewd move into Treasuries saved Penn's endowment fund from serious losses in 2008 and I happen to think that these type of portfolio shifts will be required if you're going to make money in the next decade. But market timing is a double-edged sword because if you're wrong, you risk seriously underperforming your policy portfolio. Again, focus on what Harvard's Jane Mendillo said, you have to stay liquid and be nimble.

Finally, please take the time to listen to my interview with Steve and the crew at Two Beers With Steve Podcast. It is an informal discussion on pensions where I shared some of my thoughts on the pension crisis and its long-term implications.