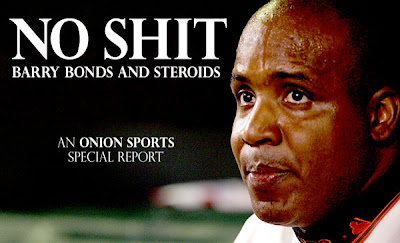 It was a bullish start for markets on the first trading day of August. On Monday, the S&P 500 broke above 1,000 for the first time in nine months and the Libor rate dropped to a new record low.

Watch oil and copper shares closely here. Any signs of a global economic recovery will drive the price of these shares much higher. There may be other things going on in oil market apart from pure speculation.

In an interview with The Independent, Dr Fatih Birol, the chief economist at the respected International Energy Agency (IEA) in Paris, said that the public and many governments appeared to be oblivious to the fact that the oil on which modern civilization depends is running out far faster than previously predicted and that global production is likely to peak in about 10 years – at least a decade earlier than most governments had estimated.

So on a bullish day for markets, it was interesting to read this Reuters article which states that FTSE 100 pension schemes turn to bonds as deficits soar:

Pension schemes sponsored by the UK's top 100 firms have significantly upped their exposure to bonds since 2007, in what consultant Pension Capital Strategies said is the sector's largest investment U-turn in over 20 years.

In the June year, FTSE 100 pension funds upped their bonds exposure to 49 percent, from 41 percent a year ago, PCS said on Monday, adding the 2009 allocation level was 40 percent higher than two years ago, when average bond exposure was 35 percent.

The shift towards bonds is partly due to growing concerns about provisions demanded by The Pensions Regulator, which is encouraging pension trustees to be increasingly prudent.

"In particular the regulator is seeking that when companies get into difficulties, the trustees should respond by toughening the assumptions used to calculate the pension scheme deficit," PCS said in a statement.

It described the move towards bonds -- and away from equities -- as the pension schemes' largest year-on-year investment about face in more than 20 years.

PCS estimated that by the end of the second quarter, FTSE 100 pension funds had accrued a 90 billion pound ($150.7 billion) deficit, up 82 billion pounds year on year.

"Within the next two to three years the large majority of pension assets will be in bonds as companies move towards the final end game of offloading pension liabilities and the winding-up of pension schemes," PCS Managing Director Charles Cowling said in a statement.

Consultant Aon put the top 200 UK companies' pension deficit at 72.8 billion pounds at end-July, warning that could spike to an unprecedented 110 billion pounds in the next few months.

PCS is a unit of Jardine Lloyd Thompson Group.

There you have it. Even though stocks are blasting higher, some pension plans are taking advantage to shift assets into bonds. Could this spell the end of the giant experiment?