Funded Status of US Plans Drops in May 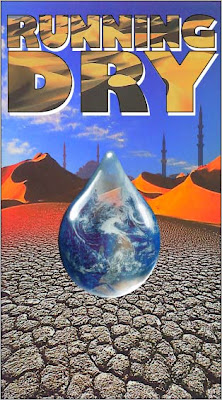 The funded status of US corporate plans dropped to 82% in May:

Falling stock markets in May sent pension plan assets lower, resulting in the worst funded status for the typical U.S. corporate pension plan since October 2009, according to monthly statistics published by BNY Mellon Asset Management. The funded status in May declined 4.3 percentage points to 82.0 percent.

Through the end of May, the funded status of the typical U.S. corporate plan is down 3.5 percentage points for the year.

The falling stock markets resulted in a decline of 4.8 percent in assets at the typical U.S. corporate plan, while liabilities were little changed in May, rising 0.3 percent, as reported by the BNY Mellon Pension Summary Report for May 2010.

Unfortunately, there was no relief on the liability side as the Aa corporate discount rate remained essentially flat despite a 30-basis-point widening of spreads to Treasuries."

Austin added, "The May 6 U.S. market flash crash reminds us that the equity markets remain very sensitive. Continuing fears over the European sovereign debt crisis and the fragility of the global economic recovery are likely to result in increased market volatility for the near term. In response to this expected volatility, we are hearing from a growing number of corporations that are seeking new solutions to manage financial risks posed by their pension plans. There appears to be growing interest for funding strategies that seek to establish deadlines to achieve and maintain specific funding levels, with the goal of providing a buffer against wide swings in either the equity markets or in interest rates."

State pension funds are not fairing any better. Weak equity markets and low bond yields are exacerbating pension deficits. This is a long-term structural problem that will require difficult decisions.

And pension deficits aren't just a US problem:

The collective deficit of the UK's private sector final-salary pension schemes worsened in May, the Pension Protection Fund (PPF) said.

At the end of the month, the deficit of the 7,300 schemes it monitored widened to £42bn from just £2bn in April. However, the position of the schemes is still better than a year ago, when their combined deficit stood at £179bn.

The PPF said the deterioration in the past month was due to the falling value of assets such as shares.

Below, a humorous look at the growing problem of underfunded public pension plans. I thank Bill Tufts of Fair Pensions For All for sharing it with me.