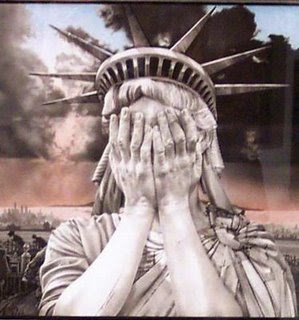 In a Wall Street Journal op-ed today, former “Car Czar” Steve Rattner, a multi-millionaire from decades as an investment banker, says Wall Street is ignorant to the dangers of America’s growing wealth disparity.

Rattner rattles off some shocking stats in the piece:

Tech Ticker discussed the growing income divide with Arianna Huffington, co-founder and editor in chief of The Huffington Post.

“We are in danger of becoming an America with a rich and the poor," Huffington tells Aaron in this clip, taped at Tuesday’s CM Summit in New York City. "And at the heart of America has always been a middle class,” the erosion of which threatens to upset our democracy, she says.

At the heart of the problem is high unemployment. The broadest measure of unemployment (U6) stands at 16.6% and a record 46% of America's unemployed have been out of work 6 months or longer.

Because of that “the American dream has been reduced to luck… and the odds right now are against people,” notes Huffington, author of several books, including the forthcoming "Third World America".

But we are not hopeless or helpless, she says: “There’s a lot we can do both at the government level and at the individual level.”

In an update on the old "think global, act local" campaign of the greens, Huffington promotes getting involved in local causes, be it working in a food kitchen, unemployed white collar workers volunteering their skills, or trying to start a business.

But income inequality isn't just an American problem, it's pretty much a global problem. Nowhere is poverty growing more rapidly than among our elderly population, and the problem is getting worse. Consider this:

As you listen to the interview below, you get a sense that we're heading down the wrong path. When foreclosure lawyers are busier than manufacturers, it's the sign of a sick economy. And while fundamentals are improving, serious long-term structural issues remain. Pension poverty is one of the issues that far too many will struggle with. Wonder if it will be discussed at the G-20 (don't hold your breath).