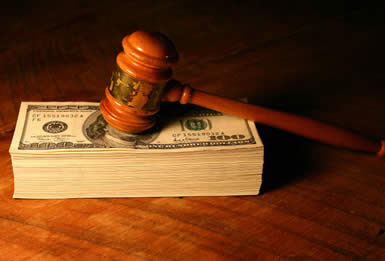 Alaska's attorney general said Friday that the state has settled a breach of contract and professional malpractice lawsuit against its former actuary for $500 million.

Dan Sullivan said the agreement between the Alaska Retirement Management Board and Mercer Inc., may be the largest of its kind. He called it a "great result" for Alaska state workers and retirees.

The matter dates to late 2007, when the state sued Mercer for at least $1.8 billion, alleging mistakes by the company had contributed to an $8.4 billion state pension deficit. Mercer had been actuary for the state's Public Employees' Retirement System and Teachers' Retirement System pension plans. It had stood behind its work.

Under terms of the settlement, the lawsuit would be dropped in exchange for a $500 million payment. Minus court costs and fees for outside attorneys, the department said the state public pension systems will get about $403 million. Payment is due within 60 days, it said.

The agreement was announced late in the day Friday. A Mercer spokeswoman did not immediately respond to an e-mail seeking comment after hours.

Marsh & McLennan Cos. Inc.'s Mercer L.L.C. consulting unit agreed to pay $500 million to settle a lawsuit brought by the Alaska Retirement Management Board that blamed the firm for billions in unfunded liabilities.

The settlement was in the company's best interests because of the uncertainty of the outcome of a jury trial in Juneau, Alaska, where many plan participants live and because the plaintiffs were seeking at least $2.8 billion in damages, Mercer said in a statement. A spokesman declined to comment further.

Alaska Attorney General Dan Sullivan said in a separate statement that the unfunded liabilities were caused by stock market declines, increases in health care costs and Mercer's negligence. The Alaska board accused Mercer of malpractice, breach of contract and unfair trade practices in advising the state on management of two retirement funds.

“This is a significant settlement that will benefit the state and our citizens,” Mr. Sullivan said in the statement. “We have been informed that by a large margin it is the largest such settlement in history for this kind of claim.”

Mercer denied liability, it said in its statement. Insurance will cover $100 million of the settlement, the company said.

This is a huge settlement, one that may cost Mercer more if other clients also sue for similar damages. What remains unclear here is how did Mercer, which is highly regarded for its actuarial pension work, screw up so royally with Alaska's state pension fund? More worrisome, if it happened with Mercer, I shudder to think how many other US public plans have grossly understated their liabilities and probably don't even know it.

And that's not all. Now we're learning that to make up for shortfalls, New Jersey's state pension fund is bulking up on alternative assets and Illinois Teachers' Retirement System's (TRS) investment in over-the-counter derivatives was so extensive that it was more similar to a hedge fund or bank proprietary desk than to a state pension fund.

A government report indicated that TRS has lost so much from the investments that it is now 60.9% underfunded, compared with 20.3% underfunding at the Chicago Teachers' Pension Fund. [Note: Read more on this in an excellent report posted on Zero Hedge.]

From lawsuits to OTC derivative gambles, public pension plans aren't in good shape. It all comes down to unrealistic investment assumptions and a total lack of proper governance. The slow motion smashup which I discussed in my Outlook 2010 is coming at us faster than I thought.

There is little choice for Bernanke and his counterparts: Reflate and inflate at all cost or risk sinking into a deflationary quagmire the likes of which we've never seen before. Welcome to our pensions nightmare.