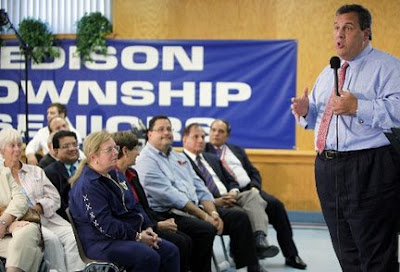 The change will affect roughly $25 billion in general obligation bonds.

"The outlook for the state of Illinois is negative, reflecting the state's fiscal deterioration as demonstrated in its fiscal 2009 audit, as well as a heightened potential for further weakening as a result of economic underperformance and the inability to meet statutory pension funding requirements," Moody's analysts said in its report.

Thursday's move follows a series of downgrades that began in April 2009. In the last change, on June 4, Moody's set the A1 rating with a stable outlook, lowering it from Aa3 with a negative outlook.

"The June downgrade was based in large part on the state's failure to enact significant recurring measures to address its structural budget imbalance for the fiscal year starting July 1, 2010; its reliance on delays of payments other than debt service, and the magnitude of the state's pension liabilities in relation to available resources," Moody's said in Thursday's report.

Illinois' debt downgrades have hurt related state agencies. The Regional Transportation Authority's rating was lowered to Aa3 from Aa2 due to its exposure to state funding.

Moody's said that the state does have the ability to raise revenue and reduce spending, both of which could help improve its rating and outlook.

You'll recall Illinois' TRS response to the "death spiral" comments. Michael Schuselle sent me some recent comments on how Illinois is #1 in underfunded pensions and asks whether Illinois pension funding disclosures are fraudulent. Both comments are worth reading carefully.

Gov. Chris Christie's plans to remake New Jersey’s economy got mixed reviews from a credit ratings agency, which has put bond investors on notice the state is still in unstable territory.

Moody’s Investors Service said in a note issued this evening it believed New Jersey would have trouble closing its structural budget deficit — the gap between taxes and revenue, and how much the state has pledged to spend — in part because the federal stimulus is scheduled to expire and the economy isn’t expected to grow quickly.

The credit ratings agency dinged the state for continuing a pattern of skipping payments into the pension fund, including a $3.1 billion bill owed in this year’s budget. The agency praised Christie for proposing to cut public workers’ pensions and health care benefits — but noted the plans faced challenges from lawmakers and unions and wouldn’t, in the "intermediate" term, improve the health of the pension system.

Although the agency changed its "outlook" on the state from stable to negative, state Treasurer Andrew Sidamon-Eristoff today said he was pleased Moody’s decided to leave the rating unchanged.

Pension woes will increase state borrowing costs, which is why many states are scrambling to contain pension costs. With Moody's now targeting pension woes, many states will be forced to accelerate pension reforms, but the politics of pensions will be a key factor. Just look at what is happening in France where workers are striking over pension reforms. Stay tuned, pension tension is heating up.