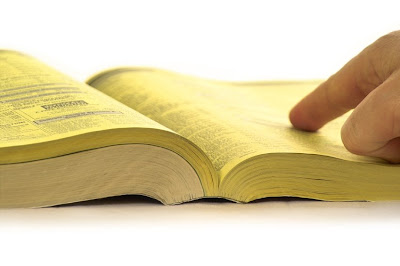 The firm’s owners, Unitas Capital, based in Hong Kong but formerly known as CCMP Capital Asia, and Canada’s Ontario Teachers’ Pension Plan purchased the firm in 2007. Back then, the two firms paid 2.24 billion for the New Zealand Yellow Pages. Whereas a number of interested parties had shown great interest, the Yellow Pages Group shareholders, together with the banking syndicate decided to close the planned sell, said the firm Monday. The firm said it will not be pursuing the sell further.

According to the firm, the existing economic situation does not suit large scale merger and acquisition activity and subsequently, the expectations of the shareholders with regard to value are unlikely to be met in the current market. The banking syndicate would now continue with plans to restructure the company's debt, and planned to stick with the business long-term.

The move now means the owners of Yellow Pages Group have effectively suspended considerations for a potential buyer. As a result of the suspension, the banking syndicate will now look to complete its already advanced plans to restructure the debt and intend to take a long term view as owners of the business.

Yellow Pages’ Chief Executive Officer, Bruce Cotterill, said it was good to have some clarity after the uncertainty associated with the sale process and the related media speculation. The banking syndicate has been working hard to achieve an outcome that will take Yellow Pages into the future, he added. Yellow Pages Group is keen on working with the banking syndicate to finalize the debt restructure and move forward.

According to Cotterill, there are a number of extremely positive initiatives being developed within the company at present, which will ensure our success in the next few years. We are fortunate to have had a very supportive relationship with our banking syndicate who have enabled that to happen.

The Ontario Teachers' Pension Plan (OTPP), commonly referred to as Teachers', is the organization responsible for administering pensions for public school teachers of Ontario. The OTPP also invests the plan's pension fund, making it one of the largest and most powerful investment groups currently operating in Canada.

One senior pension officer shared these thoughts with me:

OTPP comes full circle. Jim Leech made his career by doing the Cdn Yellow Pages deal. And he ends it by losing more money on a yellow pages deal than he made on the original one. The OTPP story is over. It will take a few years for this to become obvious. Not to be negative, but in investing, one has to be brought to account. When your performance reverts to below the mean, and the mean isn't very good, someone has to call it.

So, the Canadian direct approach which is over-promoted by e.g. OTPP and some other US groups (e.g. GM pension to name a more successful example than Arkansas) is not really new or novel, and no large Cdn (or US as far as I know) plan has EVER disclosed its direct investment IRR separate from its funds (and noone actually reports IRRs). you can be sure they would if the results were stellar. The only OTPP or OMERS person who ever left and succeeded as a "real" general partner was Michael Leigh, who left to start Oncap at Onex, which has since done quite well. (Maybe Graeme Bevans who left CPPIB to Alinda Capital in infrastructure will do well, we shall see).

Direct investing has its benefits (lowers fees, allows you to have more control), but there are plenty of pitfalls too. If pensions are too ambitious, and bite off more than they can chew, it will end up costing them. Nobody ever talks about direct deals that went bust, but there are plenty.

One final warning to pensions: stop hiring infrastructure and PE guys with only banking experience. Get some professionals with actual operational experience. A buddy of mine who is in charge of a major infrastructure project in Greece told me he's discouraged to see so many former bankers in top positions at public pension funds. I couldn't agree more (look at who populates the boards at these Canadian public pensions -- mostly former bankers).