The Geopolitics of Technology 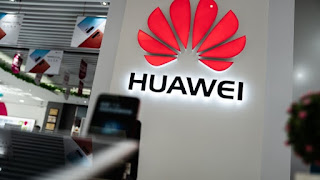 The Global Risk Institute published an interesting paper on the geopolitics of technology:


In the race to innovate, the geopolitical determinants of big data, AI and 5G are critical to the financial services industry. These technologies can help institutions responsibly leverage client data to improve product development and customer relations, refine human capital procurement, investment strategies and loan assessment, bolster cybersecurity and fraud detection and develop new mobile services and capabilities. However, public policy, macroeconomic interest and national security priorities could ultimately restrict their commercial applications. To check global rivals, states could impose new sovereign controls over the internet that balkanize cyberspace in line with physical borders. Governments fearful of losing their technological advantage could also enforce new restrictions on trade, market access, intellectual property and capital flows that fragment supply chains and stifle growth. These actions can manifest downstream to affect business lines in complex and ambiguous ways and test the efficacy of risk management systems. A financial services provider must first understand the political dimensions of emerging technologies before it can assess the associated enterprise risks, test its resiliency and design appropriate governance strategies.

According to the paper, the global economy could soon enter a phase in which the competitive dimensions of AI, 5G and Big Data stifle international cooperation on the research and deployment of cutting-edge innovation.

We are already seeing the battle lines being drawn. Earlier this week, analysts feared Huawei could lose its grip on the No. 2 ranking in worldwide cellphone sales after Google announced it would comply with US government restrictions meant to punish the Chinese tech powerhouse.

"This is a major crisis for Huawei. Instead of being the world's largest handset manufacturer this year, it will struggle to stay two, but probably fall behind," analyst Roger Entner said. "How competitive is a smartphone without the most well-known and popular apps?"

Worse still, Huawei isn’t allowed to engage in new business with US firms, which means no Facebook, Twitter, Pinterest and other collaborators to build out a mobile app store offering with.

Now, it seems Huawei was prepared for being shunned by the United States and has been building its own App Gallery, which has been present on Huawei and Honor Android devices for a while, indicating a concerted effort was underway to build a genuine alternative to Google’s dominant Play Store.

It remains to be seen how successful Huawei's App Gallery will be but if it succeeds even slightly, it could represent a threat to Google and other American tech giants.

Obviously, I have serious doubts that Huawei or any smartphone maker can sidestep American tech giants when it comes to mobile apps but it would be arrogant to conclude it's impossible.

The geopolitical fissures we are witnessing are part of a larger dynamic at play. The focus right now is understandably on the US-China trade dispute which will likely get worse before it gets better but even more worrisome, the Trump administration is setting its sights on the EU next.

Against this backdrop, the geopolitics of technology are being played out. There are huge secular shifts going on and no nation wants to be left behind or remain subservient to another when it comes to being a critical player in this new technological landscape.

Below, Huawei is getting blacklisted by the United States. It’s part of an ugly trade war between the US and China, and it goes a lot deeper than what you’ve probably read.