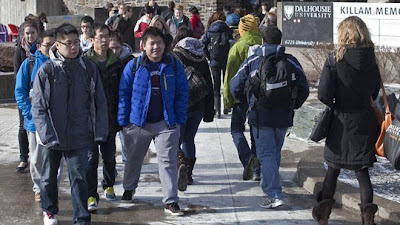 Pension solvency relief that the province has offered Dalhousie University in Halifax is also being offered to other provincial universities with defined-benefit plans.

They include Acadia, University of King’s College, Sainte-Anne and St. Francis Xavier.

However, not all will be taking advantage of the new pension plan rules.

"We are not going to take advantage of the changes in the provincial regulations," Cindy MacKenzie, a St. F.X. spokeswoman, said Monday.

The majority of St. F.X. employees — about 700 people, including faculty — are on a defined-contribution plan. That type of plan is not affected by the change.

Provincial regulations require defined-benefit pension plans to meet a specific solvency test so there are enough funds to pay out benefits owed to members if the employer is shut down or goes bankrupt.

But now impending changes to provincial regulations, announced Thursday, mean that universities with these defined-benefit plans will be exempted from more stringent tests for pension solvency that apply to businesses.

"It will really help Acadia and Sainte-Anne, who have been looking for an exemption for a while," said Barbara Jones Gordon, executive director of labour services for the Labour and Advanced Education Department.

"It’s really hard to estimate (savings to universities) because it is so particular to long-term bond rates and assessing their liabilities and things like that. But if we are correct, we think it will save Saint-Anne an estimated $800,000 and Acadia maybe between one to two million" dollars, she said.

Acadia University spokesman Scott Roberts said the university does not yet know what the financial impact will be.

"We had made a case, along with others, that this was important to us. . . . Clearly it is positive for us. It is something we have been asking for."

Anne Leavitt, president of King’s College, said her university did not ask the government for solvency relief.

"A couple of years ago, there were considerable discussions and consultations across the campus, and faculty and staff made an agreement with the universities to increase their (pension) contributions and do a number of things so that internally we would take care of (any shortfall).

"We are going to have a bunch of consultations again across the campus to decide whether we change course or stay on the course that we have been on."

A Sainte-Anne spokesman could not be reached Monday.

Dalhousie University’s pension plan had been calculated as being underfunded by about $270 million before the province’s announcement.

What is going on here? Why will universities with these defined-benefit plans be 'exempted' from more stringent tests for pension solvency that apply to businesses? I have friends who are professors and others who work at various universities, including McGill, and they're not to happy with the way their DB plans have been mismanaged (McGill got sucked into the non-bank asset backed commercial paper --ABCP -- scandal that rocked the Caisse and other large Canadian pension funds).

The problem at Canadian universities and other universities is that they hide their pension problems from public scrutiny. Why? Because they're petrified if the public finds out, it will impact their fundraising as well as their constant cries to increase tuition fees.

Now, I happen to think you can make a case for raising tuition fees marginally, especially here in Quebec where students enjoy the lowest tuition fees in Canada and are asking for "free tuition like in Denmark" (without understanding how the Danish system works). But when I see how Canadian universities are mismanaged -- not just their pensions but general mismanagement in their operations -- makes me think twice about raising tuition fees.

True, universities are not corporations and shouldn't be run like corporations. But why should we give their defined-benefit plans less stringent tests for solvency? Who is monitoring their performance and why isn't this information easily accessible to the public and updated on a regular basis? I can say the same thing about Canadian cities and municipalities, the other pension time bomb which is rarely discussed. Most people haven't got a clue of what the hell is going on at these city plans.

This is why I think we should consolidate all defined-benefit pension plans -- private and public -- into larger public DB plans which are operating under more scrutiny and are more transparent and accountable for the decisions they take (not perfect but better than most smaller plans).

Yesterday, Jack Dean of Pension Tsunami tweeted this USA Today editorial on how public pensions remain private in too many places. Unfortunately it's true, and unless lawmakers detonate a nuclear bomb and legislate transparency, far too many public pensions will go on hiding important facts from taxpayers. They only reveal the good news but hide stuff they don't want the public to know about. 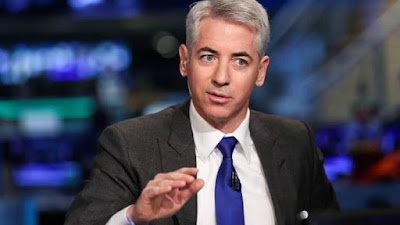 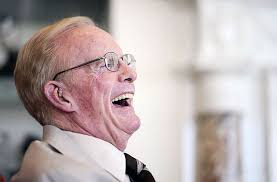 The Globe an Mail published an op-ed from AIMCo's Chair Mark Wiseman on rethinking Rogers’s dual-class share structure: In 1861, in his treatise Considerations on Representative Government , J.S. Mill argued that benevolent dictatorships could never remain benevolent. Similarly, the saga unfolding at Rogers Communications Inc. represents yet another case of abject corporate governance failure in Canada – a power struggle within a family dynasty that is jeopardizing the future of the company and usurping value from common shareholders. This is a door that I, and many other institutional investors and legal experts, have been banging on for decades now. For too long, dual-class share structures have allowed families and insiders to maintain control of companies without adequate accountability to those owning the majority economic interest in those companies. A dual-class structure means simply that specific shareholders possess voting control disproportionate to their eq
Read more