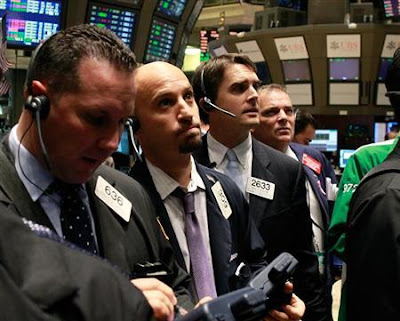 Don't you just love end-of-quarter window dressing where funds sell their losers and buy the winners? Earlier today discussed how some hedge funds are booking profits after a bumper Q1, but let me go over where I think the action will be in Q2 and beyond.

First, spent my day reading more bad news on China, the latest from some analyst at Barclays who recently came back with some bad news:

Barclays analyst Gayle Berry recently visited China, and met with various industrial firms, and came back with some grim news: Things are weak, and it's not just a matter of the Lunar New Year.

Here is our summary of Berry's key points:

Overall, we believe Chinese demand in the short term is likely to disappoint before beginning on a recovery trajectory later in Q2. Subsequently, we think that imports will weaken until bonded stocks are run down to more normal levels, possibly in Q3 12. With the market already expecting a drop in Chinese imports, we doubt this alone would have a significant negative impact on LME prices.

That’s more likely to be determined by the market’s evaluation of how long imports will weaken for and whether it's the result of short-term dislocation or longer lasting core weakness. The LME backwardation meanwhile is likely to continue unless Chinese exports are big enough to begin offsetting the draws in LME inventories, in our view.

Nothing like spreading bad news on China's economy to create a rout in commodity stocks. Moreover, Morgan Stanley came out with its predictions on commodities:

Warm winter and excess production has hurt natural gas prices, while crude has been over $100 a barrel on account of oil supply risks stemming from Iran.

Now Morgan Stanley has updated its commodity predictions. Gold remains one of their top picks for 2012. Meanwhile, they have lowered their projection for natural gas prices by nearly 30 percent since they last published their commodities outlook in December last year.

Here are their forecasts for 14 key commodities (click here to view).

As if that wasn't bad enough, shares in U.S. coal companies slipped on Wednesday, one day after the government announced stricter emission regulations it is proposing for coal-fired power plants. That sent coal stocks, most of which are hovering around 52-week lows, sharply lower.

While everyone is bracing for a hard landing in China, I think smart money is going to be playing some oversold commodities shares and continue plowing into homebuilders, financials, tech shares and anything leveraged to global growth (like shipping). Admittedly, this is my hunch but by the time the data becomes public, it will be too late.

Importantly, don't get fooled by this end-of-quarter window dressing and scary, sensational stories warning of a hard landing in China. Lots of funds are underpeforming and they will chase high beta stocks higher in the second half of the year. It might be rocky as we shift into Q2, but if tomorrow's U.S. GDP numbers come in better than expected, it will propel this market higher.

Below are some key commodity stocks I'm watching carefully for a trend reversal. Some of these stocks have been heavily shorted in last few weeks (click on image to enlarge):

If the news out of China or Europe turns out to be better than expected and the U.S. recovery keeps humming along, expect a sharp turnaround in these stocks. But bear in mind, oversold can become extremely oversold so don't bet the farm on these commodity stocks.

As I stated above, I still like financials and some tech stocks but you have to pick your spots carefully. There are no free lunches on Wall Street where hedge funds, banksters, brokers, are all trying to steal your shares.

Below, Gregory Smith, founder of Australian investment company Global Commodities Ltd., talks about the outlook for crude oil, precious metals and agricultural commodities. He speaks from Singapore with Rishaad Salamat on Bloomberg Television's "On the Move Asia."