On Jobs and CACs? 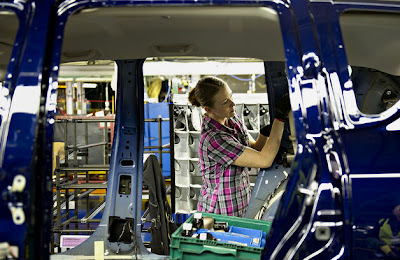 A couple of things to discuss this Friday morning. First, Bloomberg reports, Payrolls in U.S. Climb 227,000; Jobless Rate Holds at 8.3%:

Employers in the U.S. boosted payrolls more than forecast in February, indicating companies are growing more optimistic about the expansion. The jobless rate held at 8.3 percent.

The 227,000 increase in payrolls followed a revised 284,000 gain in January that was bigger than first estimated, Labor Department figures showed today in Washington. Job growth over the last six months was the strongest since 2006. The median projection of economists in a Bloomberg News survey called for a 210,000 rise in February employment.

No surprise to me as I've being saying all along that the jobs market is slowly recovering. The important thing to note is the upward revision to the previous report. Going forward, investors need to pay attention to such revisions as they imply the recovery is stronger than the headline figures show. Still, it's nothing to get overly excited about, but if this trend continues, President Obama will have an easier time getting re-elected to a second term.

Next, we move over to Greece where Bloomberg reports, Greek Debt Swap at 95% After Bondholders Forced to Join:

Investors with 95.7 percent of Greece’s privately held bonds will participate in the swap after so-called collective action clauses are triggered, the Finance Ministry said. Bondholders tendered 152 billion euros of Greek-law bonds, or 85.8 percent, and 20 billion euros of foreign-law debt. Greece extended its offer to holders of non-Greek law bonds to March 23, after which sweeteners will no longer be available.

The result was “very strong and positive,” said Josef Ackermann, chairman of the Washington-based Institute of International Finance, which led negotiations with the Greek government on behalf of private bondholders. “These are important steps towards resolving the Greek debt crisis, addressing the overall fiscal and sovereign debt problems in the euro area, and restoring financial stability.”

With Greece now in a fifth year of recession, Prime Minister Lucas Papademos’s government had said that it was ready to use collective action clauses to force holders of Greek-law bonds into the swap if the private sector involvement fell short and it got approval from investors to change the bonds’ terms. The use of collective action clauses may trigger $3 billion of insurance payouts under rules governing credit-default swap contracts.

A couple of days ago, Reuters reported that some hedge funds are mulling over the risk of a legal action. I wish them luck with that. Andreas Koutras sent me over some thoughts on the Greek deal:

The whole PSI was done as a power game for Germany. The sustainability of the Greek debt is still not achieved.

Indeed, the sustainability of Greek debt was not achieved, so what was the point of all this? Andreas comments:

... there are many points:
1) Move all the debt from the market to countries
2) Greece can no longer blackmail the EU with default. Immunize and isolate the risks
3) All Greek debt is under English law. No more talk of Drachma (good)
4) Roles reversed because of (3). Now the EU can demand earth and water from Greece without Greece resisting
5) EU politicians can happily push their companies into Greece
6) Deal with future restructuring in Brussels and not in the market.

How will markets react to the latest news? You'd expect a major relief rally but since markets have already priced in the news, there will likely be some profit taking (buy any dip). Also be interesting to see whether the Greek swap provokes aftershocks in credit markets now that the collective action clauses were triggered to reach the deal (watch below).