Chinese Pensions Propping Up Their Market? 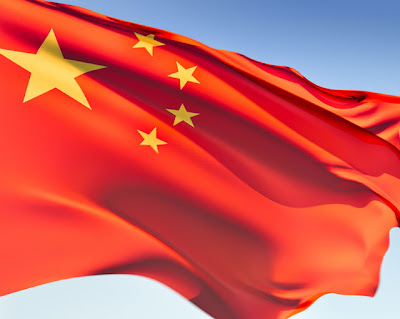 China’s stocks rose for the second time this week on speculation the government is taking measures to bolster the world’s worst-performing equities market in the past two years.

The national pension fund may invest as much as 40 percent of Guangdong province’s 100 billion yuan ($15.8 billion) of pension funds in stocks, the 21st Century Business Herald reported.

“The pension fund news is a long-term positive boost for the market,” said Wei Wei, an analyst at West China Securities Co. in Shanghai. “That means the government has opened the flood gates for more local pensions to enter the stock market. There are expectations that more support measures will follow.”

Thirty-day volatility in the Shanghai Composite was at 15, near a one-week low. About 13.6 billion shares changed hands in the measure yesterday, or 7.9 percent higher than the daily average this year.

The Shanghai Composite has rebounded 8.7 percent this year on expectations the central bank will take measures to boost economic growth including cuts in lenders’ reserve-requirement ratios. Stocks in the index trade at 9.9 times estimated profit, compared with a record low of 8.9 times on Jan. 6, weekly data compiled by Bloomberg showed. The index has lost 22 percent over the past two years.

The National Council for Social Security Fund will manage Guangdong pension funds, the government agency said yesterday. The agreement is initially set at two years and “more of” the fund will be invested in fixed-income products, it said. As much as 40 percent of the fund can be invested in stocks under current rules, the 21st Century Business Herald reported.

China will ease rules for foreign investors in order to counter increasing flight of capital, a real estate slump and a trade deficit from oil imports, the New York Times reported, citing private money managers. China has had “tight capital controls” for more than 10 years, it said.

The U.S. government imposed preliminary duties of as much as 4.73 percent on solar-energy equipment imported from China, a Commerce Department statement showed.

The iShares FTSE China 25 Index Fund, the biggest Chinese exchange-traded fund in the U.S., slid 1.8 percent in its third day of declines to $37.27, the lowest level since Jan. 13.

On Tuesday, Chinese solars rocketed up after the US government imposed low duties on Chinese solar panels, but Aluminum Corporation of China (ACH) slid as resource stocks declined after an executive at mining giant BHP Billiton Ltd. that Chinese demand growth was slowing.

Is China slowing or pausing? The doomsayers are all warning of a "hard" landing but I would ignore them and keep buying the dips on stocks, especially resource stocks and start accumulating shares in other sectors leveraged to China and global growth (for example, shipping).