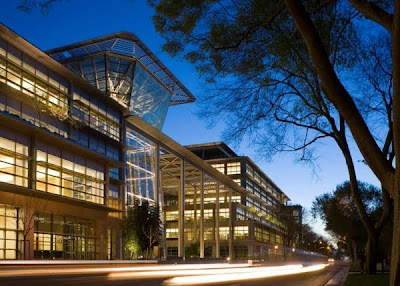 "The study is written from a perspective that is intended to exaggerate perceived costs and the instability of pension systems,” said Ann Boynton, Deputy Executive Officer of CalPERS Benefit Programs Policy and Planning, in a statement released on the fund's website. “The report’s findings were based on low discount rates to artificially magnify unfunded liabilities. It is important to remember that CalPERS invests in a highly diversified portfolio that includes stocks, real estate, and other assets that have historically earned significantly higher returns than the rates assumed in the study.”

The Stanford Institute for Economic Policy Research claimed that the shortfall in California's plans is too large to be solved only by cutting future payouts, noting that the state's plans face long-term shortfalls as high as $500 billion -- a number that continues to grow rapidly. According to economist and former state Assemblyman Joe Nation, the report's author, the shortfalls cost the state $3.4 million for each day that lawmakers fail to change the pension benefits and contribution levels for public employees.

Furthermore, the Stanford study found that the June 2011 funded ratio is only 74% for CalPERS, using the 7.75% rate of return the fund anticipates on its investments. At a 6.2% rate of return, the ratio for CalPERS drops to 58%, while the funded status for CalSTRS stands at 60%.

In CalPERS' rebuttal, the fund stated that the health of the fund has improved in the last two fiscal years, asserting the following three points:

1) Over the past 20 years through June 30, 2011, CalPERS has earned an average annual investment return of 8.4%, compared to the pension fund’s actuarial rate of return assumption of 7.75% needed to pay long-term benefits. "The Fund has achieved this rate by investing in a diversified portfolio with an acceptable level of risk. This historical average includes steep losses experienced in 2008-09," the fund stated.

3) CalPERS has maintained good levels of funding and delivered promised benefits for 80 years. Currently, CalPERS is near a 75% funded status, with an unfunded liability of $85-90 billion.

Is CalPERS right? Yes, they are, but let me qualify this. While some are frivolously claiming Californians are screwed because of mounting pension debts, I do not think so. CalPERS is right to criticize the absurdly low discount rate used in this study, but CalPERS shouldn't rely on the last 20 years to gauge the next 20 years. This is equally stupid and dangerous.

The reality is we are likely heading into a lost decade where the forces of deflation and inflation play themselves out and markets will have good and bad years but basically go nowhere. I don't see a secular bull or bear market for the overall market but do see interesting secular investment themes to be investing in both public and private markets.

Let me leave you with an interview with Marc Faber, publisher of the Gloom, Boom and Doom Report, who says there will be a global market collapse and the entire derivatives market will one day cease to exist. If he's right, CalPERS and their peers are screwed. Luckily, I'm not too worried about all these gloom & doom types. In fact, the more I see them popping up everywhere, the more bullish I become.