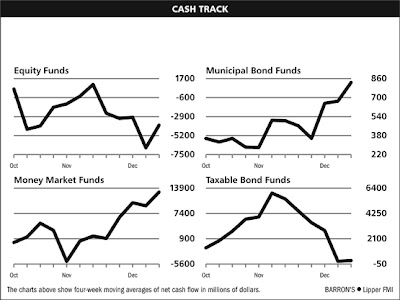 Where have all the stockpickers gone?

Even John Paulson has apologized.

It's no secret that 2011 was a tough year. But investors who sought refuge in hedge funds—especially those thought to excel in choppy markets—were sorely disappointed. Not to mention none the richer.

As of Nov. 30, the 2,000 hedge funds tracked by Hedge Fund Research are down, on average, 4.5%, trailing the Standard & Poor's 500 by almost four points. "This is only the third year since 1990 that the hedge-fund index has ended on a decline," says HFR president Ken Heinz.

The news is a little better on an asset-weighted basis, which weights the bigger funds more, so it is a better measure of how most investors did. On this basis, the HFR index is down 1.84%, which, of course, still trails the S&P. In case you are thinking this means bigger is better when it comes to hedge-fund investing, don't bust out your checkbook yet. Hedge-fund titan Paulson, in an apology to investors that spread like wildfire, called 2011 "the worst in the firm's 17-year history." His Advantage Plus fund was down 44% through the end of October.

Parsing the data doesn't make everything look prettier. Broadly speaking, the worst-performing hedge-fund strategy was long/short equity—a strategy many investors assumed would save them from market volatility. Long/short equity funds were down 7.15% for the year, compared with the S&P's loss of 0.85%. Yet investors poured $2.7 billion into the strategy in the third quarter alone, even as it was suffering $51.3 billion in performance-based losses.

"It's definitely been a challenging year for those funds," Heinz says. "2011 was a year in which the macro overwhelmed the micro. There was so much uncertainty." Over time, Heinz says, long/short equity is the best-performing strategy. But that may not do much to calm whipsawed investors.

"There's been political paralysis in Europe and the U.S., which isn't OK. So every bit of news sends the market rocketing in either direction," says David Sherman, president of Cohanzick Management, which oversees $325 million, including a long/short hedge fund. "That's why we reduced our shorts and moved to cash. It just got too hard." Sherman's tiny $60 million fund is up 3% for the year.

The dispersion between the best and worst performing hedge funds has widened as well. The top 10% of the best-performing funds returned an average of 28.3% in the year ending Sept. 30, while the bottom 10% lost almost as much, 24.17%, in the same period.

The best-performing strategy barely nudged into positive territory. Relative value arbitrage funds eked out a 0.33% gain as of Nov. 30.

Unhappy investors are catching a break on fees, though. That 2-and-20 standard—the 2% of fund assets charged in management fees and the 20% in profits siphoned off as an incentive fee—seems to be shrinking, at least for new funds. Average management fees for funds launched in the past 12 months (ending Sept. 30) declined to 1.58%, a drop of three basis points over the same period in 2010. (A basis point is one-hundredth of a percentage point.) Similarly, average incentive fees for funds launched in the past 12 months declined to 17.04%, more than 100 basis points lower than the average of funds launched in 2010. Lower fees help, but aren't exactly the reason investors give their money to hedge funds.

Alpha falling by the wayside was a big theme in 2011, not just for hedge funds but for the whole money management industry. Hedge funds, however, charge much higher fees, which is why they are singled out when they grossly underperform.

The article above also shows you the discrepancy between the performance of top hedge funds and the average hedge fund. This hardly surprises me as top funds have deep pockets and are able to attract top talent. But keep in mind, emerging managers are also performance driven, which is why I've been urging institutional investors to rethink their hedge funds strategy and start seeding hedge fund managers, especially here in Canada.

Below, Peter Henry, head of senior trader recruiting at Commodity Search Partners, talks about the movement of commodity traders from banks to hedge funds and the impact of financial regulation on compensation and the ability to trade. Henry speaks with Lisa Murphy on Bloomberg Television's "Street Smart."