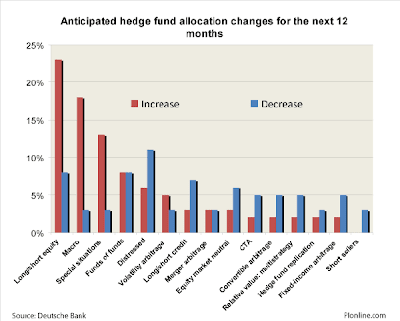 Reports from Milliman and BNY Mellon Asset Management offer differing views on the state of corporate pension funding in November.

BNY Mellon Asset Management reported the typical U.S. corporate pension plan's funding ratio increased to 75.1% last month, from 74.8% in October, while the top 100 corporate defined benefit plans studied by Milliman had an average aggregate funding ratio of 75%, down from 75.5% the previous month.

In the BNY Mellon's Pension Summary Report, the increase was driven primarily by higher yields on long-term investment-grade corporate bonds. While assets for the typical plan fell 0.7% in November, plan liabilities decreased 1.1%.

Even though equities both domestic and international fell for the month, the damage was minimized by the market rally at the end of November, Jeffrey B. Saef, managing director at BNY Mellon Asset Management, said in a news release.

“By the time the dust had settled, we ended up with a very small change in funded status for the month,” Mr. Saef said.

The overall deficit of the Milliman 100 increased to $404 billion from $396 billion, driven by an investment loss of 0.36% and an increase of projected benefit obligations of $1 billion due to the low average discount rate, which stayed at 4.53%, the same as in October.

“So long as we have low discount rates we'll have no choice but to hope for improved asset performance,” said John Ehrhardt, principal at Milliman and co-author of the study, in a news release.

From my perspective, both reports show the ugly state of US corporate plans. A funding ratio of 75% isn't disastrous but it's hardly good news either. A recent report by Bank of America Merrill Lynch states that pensions are once again an issue for Corporate America. And public plans are faring even worse, with many facing severe chronic underfunding issues.

Interestingly, Pension & Investments pretty much confirms what I wrote about yesterday, that institutional investors look to increase allocations to long/short equity, macro hedge funds (click on image above):

Deutsche Bank's 2011 Institutional Survey revealed that 25% of institutional investors plan to increase allocations to hedge funds over the next 12 months. Long/short equity and macro funds appear to best positioned for growth, while distressed and funds of funds may see the greatest decreases.

Plagued by historic low interest rates, volatile equity markets and crazy investment assumptions, US pensions are piling into hedge funds and other alternative investments. I wish them luck on that strategy as many institutions are going to find out the hard way that they're going to get raped on fees, paying for mediocre results.

In the end, more hedge funds, more private equity, more real estate and infrastructure won't solve the chronic underfunding at many US private and public plans. This is just wishful thinking. It will end up costing hundreds of millions in fees, enriching hedge fund and private equity managers, but won't make a difference in the underfunded status of many private and public plans.

I was surprised to hear Ash Williams, CIO at Florida State Board of Administration, stating on CNBC that Florida's SBA is working to increase its alternative investment allocation to 16 percent over time. Listen to the interview below. He is singing the same mantra as many of his peers - ie. reducing exposure to "volatile" global equities to go into "less volatile" alternatives. Note how the CNBC interviewers cut off the interview before asking him about how much fees Florida's SBA has doled out over the years to alternative investments and what the performance, net of fees, of these alternatives has been. This is typical of 'CNBS' shoddy reporting.

In mid-November, an advisory panel for Florida's SBA found that Ash Williams did not have a conflict of interest when he approved a $125 million investment in a hedge fund managed by a private sector colleague, but the optics of this don't look good. Meanwhile, Florida's pension fund fell to $116.9 billion after a dismal August stretch, a drop of about $12 billion from the second quarter ending June 30. Not surprisingly, heading into a crucial election year, Florida Gov. Rick Scott said he won't be pushing any further changes to the state's massive pension plan.

The dismal state of public and private pension plans in the United States is only now getting the press coverage it deserves. But the sad fact remains that most people are clueless of what's going on in their pension plans. Funding reports only expose the tip of the iceberg. It's a lot worse than we think.